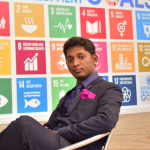 In an effort to increase the testing of Windows 10 Insider builds Microsoft has committed to sending out more frequent but still reliable builds to the Windows 10 Slow Ring where early versions of the operating system can be utilized in more production settings.

Microsoft intends to enable this by starting to service the Slow Ring with Quality Updates based on bugs caught in the Fast Ring using the following process:

Microsoft says this process allows them to stabilize a Fast Ring build even in the early stages of a release cycle, and have committed to sending out a new Slow Ring Update (consisting of a Fast Ring Update that has been stabilized with selective fixes) once per month.

As mentioned earlier, Microsoft hopes this approach will means Slow Ring updates are more frequent, and offer earlier access to new features that would normally only available in the Fast Ring, but would still be of high enough quality that companies can run 1% of their PCs on the Slow Ring, giving them an opportunity to evaluate the OS in production much earlier and give Microsoft more valuable feedback.

The plan was announced all the way back at Build 2018, but will be used in the development of RS6 in the main, and we wonder if it would have helped catch issues such as the File Deletion bug earlier.